A smart watch is a useful accessory that can track your health at any point of time, is a fitness coach if you need, plus it displays notifications from your smartphone, which means you don’t have to go into your pocket every time it vibrates.

Let’s talk a bit about Android Watches. There are plenty different smart watches available on the market, but important question do you need smart watch and if yes, then which one suits you. We will talk about men and women smart watches and one more thing, we cover also smart watches that works on other OS but compatible with Android OS gadgets.

As you may know Android OS version on smart watch called Android Wear. Probably, this is separate subject of the discussion and I will write another post about it, because android wearable device apps now making new steps and Android Wear becoming a self sophisticated OS.

Now, let’s have a look what we can find on the market. I split them into few categories:

Yes, this not a smart watch on Android Wear, it operates on Samsung’s own OS called Tizen. I think Samsung likes Android a lot, but you should always have a plan B and Tizen OS is their OS that can be used probably on smartphones in case something goes wrong on relationship with Google.

Samsung Galaxy Watch is an amazing device. You can find it in 2 different sizes 46mm and 42mm. There is a men and women version of the watch. It perfectly works together with Samsung smartphones, but also MORE DETAILS HERE.

Ticwatch Pro is the company’s most premium product that runs on the Wear OS operating system, and is equipped with dual screens and smart technologies to increase battery life.

When sharing both displays, the information of one does not overlap the information of the other. In this mode, all watch functions are also as accessible, comfortable and effective. Activate the Ticwatch Pro secret weapon called Essential Mode.. MORE DETAILS HERE 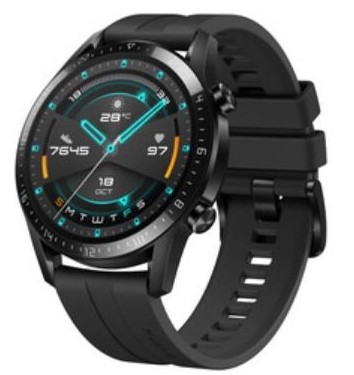 Huawei Watch GT 2 is one of the most expensive smart watches on the market today. The device has a high-quality assembly and design; It comes in two sizes. The GT 2 also has interchangeable wristbands and combines the functions of a fitness tracker and a mini smartphone in one device.

Apart from the special model of smart watches released in partnership with Porsche, the Watch GT 2 is the fourth in a row with Huawei over the past five years. Last year, the company released the Watch GT, but first time not based on Wear OS. Huawei seems to have made the decision by starting to install its own operating system on smart watches (like Samsung).. MORE DETAILS HERE

This is a new device that was announced end of August 2019. This is a fitness tracker with smart watch options. The base OS remains unchanged (compare to previous model), and instead, the main innovations are new integrations with Spotify and Amazon, along with the introduction of Fitbit Pay as a standard feature and a new processor that allows all this to work a little faster. If you use Android, you will also be able to reply to text messages with your voice, which is always one of the most useful uses of the smart assistant in the watch, especially

Interesting option here is build in Alexa that helps you to give a voice command to the watch. This is another look to smart watch where Fitbit tried to realize special approach by adding voice command. On official trailer it is claimed that battery life is 5 days, however.. MORE DETAILS HERE

Samsung recently presented Active 2 together with Note 10. This is fitness tracker that can be used as a smart watch. The first-generation Galaxy Watch Active did not have cellular support. The second generation watches have LTE versions. With it, you can stay without smartphone when you want to listen to music in streaming services. Also you can use Google Translate without having to carry a bulky smartphone with you.

Fossil smart watch is all about design and this is normal because Fossil is not Samsung or Apple.

The manufacturer immediately makes it clear that the product was created in order to attract the attention of style connoisseurs. The watch comes in a variant with a 45-mm case, that is, it is not a very large dial, but but you can not call it compact either. This is not a new smart watch but still attracts a lot of interest due to premium view. Very nice solution for women as it look gorgeous. Specs are not fantastic and this is a problem of that watch, otherwise it’s a nice timepiece. MORE DETAILS HERE

Montblanc Summit 2 – an excellent smart watch. They are nice to wear, the design of the gadget is just great. However, in terms of android fitness tracker, the gadget is a typical representative of the army of devices on Wear OS and seriously loses to competitors. A device in Time Only mode does not need to be recharged for a week, Montblanc says. For the extended operating time, the tiny QCC1110 coprocessor with support for deep learning technology is responsible. The platform also includes the main 4-core A7 processor and a 4G LTE modem. GPS works horribly (might be fixed with an update), and the heart rate sensor is far from the most accurate. MORE DETAIL HERE

We have covered only part of smart watches compatible with Android OS, but I choose only gadgets that have something special to offer. Galaxy Watch for me is simply the best smart watch available on the market, Fitbit Versa 2 is brand new interesting and powerful watch that need to be tested. Ticwatch Pro has special double screen and interesting concept of battery life management.  Huawei GT 2 has an impressive autonomy, but no application store yet. Fossil is all about great design for good price and Montblanc is premium watch with smart watch functionality. There are a lot of others that we didn’t cover here like Gamin series, but for me this is more about professional sport rather than gadget for public and everyday use.

It’s your call which one you like more and want to buy. All have something that you may love them for.